Audrina Patridge is calling it quits on her marriage after less than year. The former Hills star filed for divorce from Corey Bohan on Wednesday due to alleged domestic violence.

Patridge also reportedly filed for a temporary restraining order against the BMX rider. The couple welcomed a daughter in June of 2016 before tying the knot in November in Hawaii.

Demi Lovato, in a recent interview with PrideSource.com, the singer discussed why she doesn’t speak about it.

“I just feel like everyone’s always looking for a headline and they always want their magazine or TV show or whatever to be the one to break what my sexuality is. I feel like it’s irrelevant to what my music is all about.”

Kellan Lutz is reportedly engaged to his girlfriend Brittany Gonzales, according to Us Weekly. A source revealed to the magazine that she overheard a woman congratulating them and asking if they would be married in New York or L.A. and also reportedly saw the engagement ring. 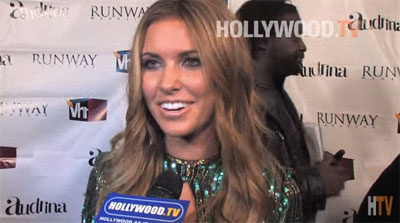