Julia Louis-Dreyfus graduated from the Holton-Arms School in Bethesda, Maryland in 1979, and attended Northwestern University in Evanston, Illinois. There, she was a member of the Delta Gamma sorority and studied theatre before dropping out to embark on a professional acting job.

Louis-Dreyfus broke into comedy as a performer in The Practical Theatre Company in Chicago, Illinois, which led to her casting in the sketch show Saturday Night Live from 1982 to 1985. Her boost to stardom began in 1989 with a nine-season run playing neurotic character Elaine Benes on Seinfeld.

On Thursday, “Veep” and “Seinfeld” star Julia Louis-Dreyfus announced that she has breast cancer, and used the revelation to call for universal health care in the U.S., drawing an emotional show of support. TODAY’s Hoda Kotb reports.

Just when you thought… pic.twitter.com/SbtYChwiEj

“Veep” star Julia Louis-Dreyfus revealed that she’s been diagnosed with breast cancer. In a Twitter post, she writes that she’s lucky to have “supportive and caring family and friends, and fantastic insurance through my union.” 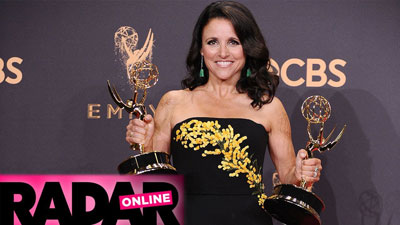