Mary J. Blige and Salma Hayek interview each other about their acting experiences on Variety STUDIO Actors on Actors.

Mary J. Blige is an American singer, songwriter, rapper, model, record producer and actress. She started her career as a backing singer on Uptown Records in 1989.

Salma Hayek is a film actress, producer, and former model. She began her career in Mexico starring in the telenovela Teresa and starred in the film El Callejón de los Milagros (Miracle Alley) for which she was nominated for an Ariel Award.

Hayek’s breakthrough role was in the 2002 film Frida as Mexican painter Frida Kahlo for which she was nominated in the category of Best Actress for an Academy Award, BAFTA Award, Screen Actors Guild Award, and Golden Globe Award.

Frida is a 2002 American biopic drama film directed by Julie Taymor, depicting the professional and private life of the surrealist Mexican painter Frida Kahlo, who lived from 1907 to 1954..

Variety is a weekly American entertainment trade magazine and website owned by Penske Media Corporation, founded by Sime Silverman in New York in 1905 as a weekly. Variety originally reported on theater and vaudeville. In 1933 Variety added Daily Variety, based in Los Angeles, to cover the motion-picture industry.

In 1998 variety brought out Daily Variety Gotham, based in New York. 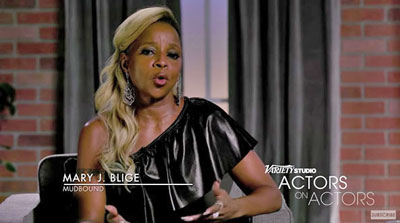